Around the Roman Table 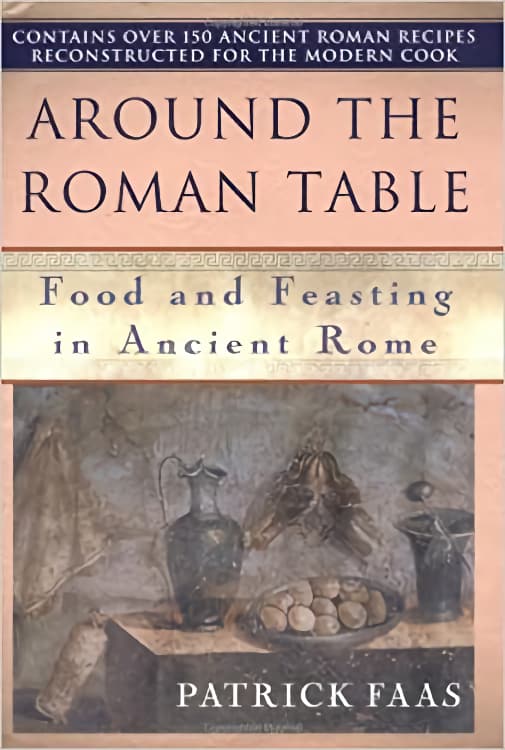 Around the Roman Table is part history, part cookbook that "dazzlingly evokes this ancient culture whilst rediscovering the lost recipes of the emperors" or so claims the inside leaf. The book is divided into two sections, with more history than recipe in the first section and more recipe than history in the second.

Yes, it is a history book, but don't give up on it, as it is not dry and boring. Instead, Patrick Fass has brought the subject to life, while still giving you a history lesson. Reading about the Romans and all things gastronomic delights is not a chore, instead it is really very interesting.

Where Part One covered the history of Roman food, Part Two takes us through the recipes that the Romans cooked. There are over 150 recipes through out the book, with them been organised into: cereals, pulses, vegetables, fruit and nut, meat, sacrifice, distribution, animal suffering, pork, the sacred bull, sheep, goat, dog, game, farmyard birds, wild birds and from the water. Ok, there are a lot of subjects there, but there is a thousand years of cooking history to cover.

Some of the recipes are very familiar to us, like Fried Veal Escallops with Raisin or Galantine of Chicken (see our recipe.) Others are more exotic, like Ostrich Ragoût or Roast Conger Eel. In all, Patrick has brought us many different recipes to try, while trying to make them authentic, while knowing the limitations of the material that he derived the recipes from and the availability of some of the ingredients.